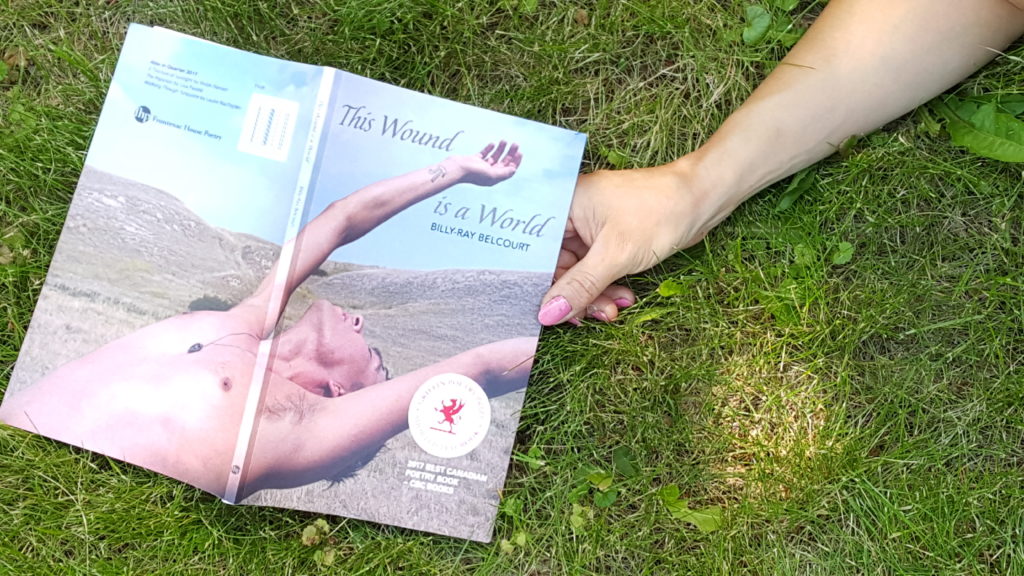 McLuhan House Book Club – This Wound is a World

Our July Book Club meeting with feature Billy-Ray Belcourt and his first book, The Wound is a World. It has won the 2018 Canadian Griffin Poetry Prize, the 2018 Robert Kroetsch City of Edmonton Book Prize, and a 2018 Indigenous Voices Award.It was also named the best “Canadian poetry” collection of 2017 by CBC Books.

Billy-Ray is from the Driftpile Cree Nation and is a Ph.D. student and 2018 Pierre Elliott Trudeau Foundation Scholar in the Department of English & Film Studies at the University of Alberta.

Join Billy-Ray Belcourt at our McLuhan House Book Club on July 26th to see why his poems are an invitation to “cut a hole in the sky to world inside.”