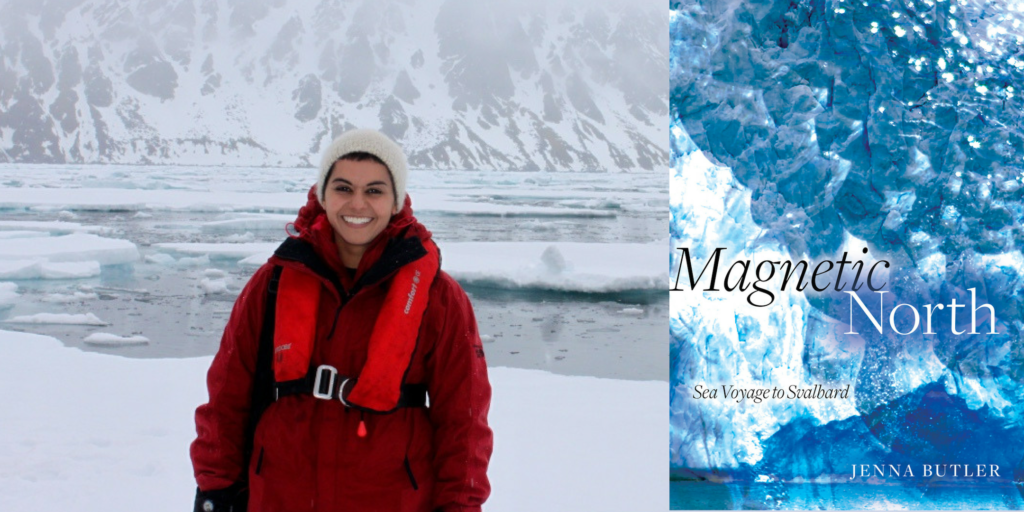 From the endangered Canadian boreal forest to the environmentally threatened Svalbard archipelago off the coast of Norway, Jenna Butler takes us on a sea voyage that connects continents and traces the impacts of climate change on northern lands. With a conservationist, female gaze, she questions explorer narratives and the mythic draw of the polar North.

As a woman who cannot have children, she writes out the internal friction of travelling in Svalbard during the fertile height of the Arctic summer. Blending travelogue and poetic meditation on place, Jenna Butler draws readers to the beauty and power of threatened landscapes, asking why some stories in recorded history are privileged while others speak only from beneath the surface.

Learn about how Jenna Butler’s concern with endangered environments has taken her from America’s Deep South to Ireland’s Ring of Kerry, and from volcanic Tenerife to the Arctic Circle when she joins us on January 31st for the McLuhan House Book Club.